What is the attraction of working beyond retirement age? Three people explain how they keep going through their 80s and into their 90s

I think I’m the oldest “chief” in the country. I have been working here for 40 years and I have never even thought about retirement. I’ve just sort of carried on.

I left school at 14 and my first job was as a projectionist. Later, I became an ambulance driver, but for years I combined driving ambulances with working as a projectionist in the evenings. I retired from driving ambulances when I was 64 and these days the cinema is rather like a full-time job. I run two or three shows in the evening and as and when I am needed during the day.

I don’t think the people I work with regard me as being 80. I just carry on as one of the crew and I feel young. I like to keep busy and I don’t want to sit in a chair and go to sleep. I don’t want to be an old man. More people beyond retirement age would definitely benefit, mentally and physically, from staying in work longer, as long as it was not manual work.

I think I am getting better at my job with age. I like a challenge and I have taken to digital – I had to learn how to use the digital projecting equipment seven years ago. With 35mm, you’re on the go all the time – there’s the lifting of heavy reels and so on – but with digital, you’re a little bit quieter. When I’m gone, I’m afraid that there won’t be anyone around to run the 35mm film projectors because the boys coming in are just trained in digital.

Retirement has never been a question here. The manager just asked me: “Do you intend to carry on?” and I said: “Yes, until you intend to get rid of me.” The board and the general manager are very good to me. They leave it to me and I give them the best I can and they have faith in me, which is nice. I can’t speak highly enough of them. Really, I don’t have a boss telling me to do this or do that.

I think something inside you, something you can’t explain, tells you when to stop. I would never take a job away from someone else. Not many young boys want to come into this profession because they don’t want to work evenings and weekends. When they do start, they have probably got a hot blonde waiting for them and they want to get out. I’m lucky; I’ve got a wife who understands.

Diana Athill, 95, writer and former editor who has had works of both memoir and fiction published in her 80s and 90s 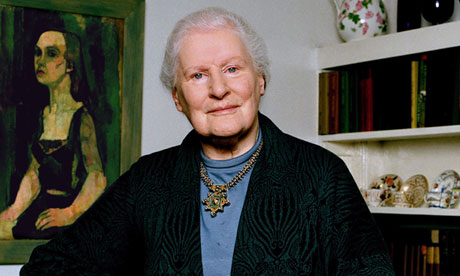 Diana Athill: “One of the lovely things is you don’t have to take orders from anybody.” Photograph: Eamonn McCabe for the Guardian

All kinds of different things happen in very old age. Some people carry on being completely normal; others go gaga. I expect the pope is thinking he is going gaga, and that does worry one because you find yourself forgetting things a lot. One forgets words, but if you let your mind rest, the word pops back.

I myself only work when I want to and I think I am fairly typical in that. One of the challenges of getting older is that it is easier to create when you are really interested but it’s harder when you are not. If someone says to me, do something, and I don’t want to do it, I can’t do it at all. You can still do it if you want to, if you are moved to it. I wrote a very good book review for the Guardian not long ago simply because I read a book I really liked. You have to be rather self-indulgent: you do what you want. One of the lovely things is you don’t have to take orders from anybody – you have escaped that.

There are degrees of old age. It is ridiculous that a lot of people are told they can’t work in their late 60s or early 70s, because they can perfectly well, but no one would want to employ anyone over 80. I worked into my late 70s in publishing and I could recognise in myself that I was going off. Beginning at 75, I became much less good as a proofreader and I was less observant of small details because I was dead bored by it.

The pope’s decision is a brave one – particularly in a man, because men are much more sensitive about giving up. They want to be seen to be younger more than women do.

We are lucky. Anyone who goes on being perfectly normal and able to cope with life into their 90s is jolly lucky. 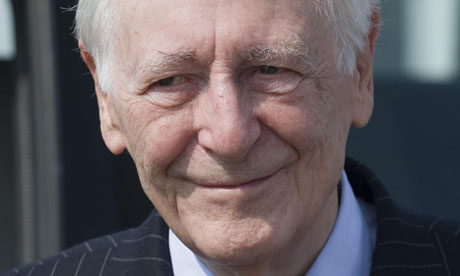 Bits start to fall off like an old car. In the past 20 years I have had a quadruple bypass, lung cancer, a plastic aorta fitted and a multiple fracture of the left leg. I am not as physically able as I used to be. It’s unrealistic to expect you to be as effective as you are in your 20s. The important thing is to still have your intellectual capabilities.

I am in the House of Lords every day except on Fridays, when we don’t sit. I have a select committee every Wednesday on health, education and home affairs in the EU. I am also vice-chair of the all-party parliamentary group for child health and vaccine-preventable diseases and I’m secretary of the all-party group for Gypsies and Travellers. It’s good to have a variety of different things to think about and I do a lot of things not necessarily in parliament, such as the Chittagong Hill Tracts Commission, which seeks to prompt the Bangladeshi government to implement a peace accord with the people of the Chittagong Hill Tracts. I am a Buddhist and am patron of the Buddhist prison chaplaincy as well.

As I have got older I have become more and more keen on the idea of equality. The evidence shows that most of the ills of society – such as crime, mental illness and so on – are deeply correlated with inequality. I don’t feel there is prejudice directed at me for my age and nor is there particular respect. People realise equality applies to age as it does to gender, race and everything else, and that is the way it should be.

You cannot currently retire from the House of Lords – you can only apply for a leave of absence. I think there should be that option for people to retire. I wouldn’t retire, however. On my 80th birthday, I said I am never going to retire and I have stuck to that. It would have been a great disadvantage if I didn’t have work. People who don’t do anything after a certain age decline – the lack of mental stimulation has a bearing on your physical side too.

By Patrick Barkham, The Guardian